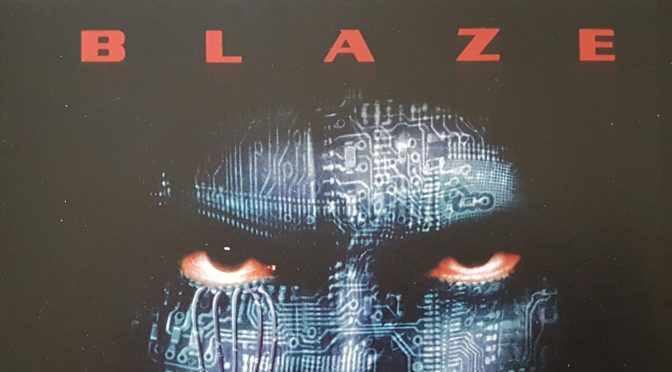 I loved Blaze Bayley in Wolfsbane but because I didn’t enjoy his stint in Maiden I never really thought of him as a “metal” guy. To me, he was at this best when he was painting the town red and lighting up the night with a little kiss. That was the Blaze I liked. So when his first post-Maiden outing Silicon Messiah proved to be a dark, very-metal affair I just passed on it. Not his forte.

I was wrong. Sixteen years later, spurred on by reading positive reviews and the return of Wolfsbane, I have added Silicon Messiah to my collection. It’s remarkably good. A proper underdog album if ever there was one. It’s downbeat, dystopian drop-D riffing is definitely of its time (think Brutal Planet, Magica etc…) and the opening tracks raise a worry that it’s all going to be a bit samey. But the album soon lightens up. Born as a Stranger, the galloping The Brave and Man on the Edge-esque The Launch are all extremely enjoyable, anthemic power metal tracks. The album just gets better and better as it rolls on and culminates wonderfully in Stare at the Sun: a gripping, goosebump-inducing epic. And, although tracks like The Hunger are chuggier and samier, their slower pace gives Blaze room to emote. He’s massively likeable throughout, delivering a vocal performance full of character and commitment.

So double dumb-ass on me for writing the man off. Turns out he is very-metal after all. He even manages to show Iron Maiden a thing or two with this anthemic and addictive album. It’s thoughtful and well-executed, topped off with a great vocal performance of considerable charm and charisma. That’s the Blaze I like.