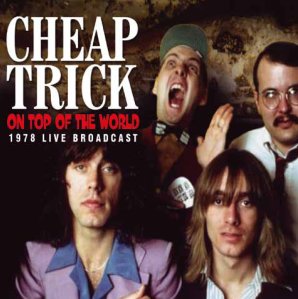 I’m going to call this Cheap Trick live album “unofficial” rather than a “bootleg”. Bootlegs tend not to be stocked in Amazon, HMV etc… whereas this one is. There have been quite a lot of these radio broadcast releases lately and, while the recordings will have been floating around as bootlegs for years, they seem to have found a legal route to the shops. I’m guessing there is some loophole regarding the ownership rights to broadcast recordings and these labels are tellingly keeping themselves on the right side of the law by not using the copyrighted band logos. Bootleggers aren’t that shy about stuff like that are they? So… “unofficial” it is.

Recorded in December 1978, the band really were on top of the world: riding high between the release of their successful Heaven Tonight album and the domestic US release of the classic At Budokan. There’s a good deal of crossover between this and the Budokan release but the Passaic audience sounds way rowdier than the Japanese crowd. There are no high-pitched squeals of “Robin!” here. As a result the band performance feels more raucous and less mannered. This is Cheap Trick going for the throat and it puts a fresh, biting spin on the familiar Budokan tracks as well as offering up a couple of lesser-heard tunes too.

The highlights of the set-list prove to be these less familiar tracks. Stiff Competition is absolutely savage with a shredding Robin Zander vocal. I’m also especially blown away by the rendition of Heaven Tonight. It’s not a track I was ever particularly excited about but here it is thrillingly menacing. Another highlight is Big Eyes, opened with an immensely entertaining guitar solo from Rick Nielsen during which he proclaims himself “100,000 times better than Fred Nugent will ever be!” to huge roars of approval. The scamp.

In general, the sound quality is very good: rough and raw but more evocative of the live atmosphere and excitement than many official live albums. Only Tom Peterson’s bass struggles to be heard on most tracks but makes up for it during Need Your Love, the intro of which sounds like it might have caused structural damage to the venue.

All in all, a great use of £8 and a great live album to add to the collection. I find it thoroughly inspiring hearing such classic acts in the raw and in the case of this and last year’s KISS release, The Ritz on Fire, it feels like I’m discovering the bands for the first time. Again!

As Henry Rollins would say, hearing a band live is the only way to know for sure, and on this evidence you can be very sure of Cheap Trick. 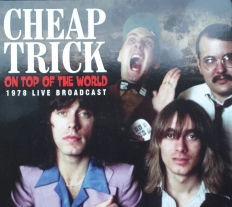 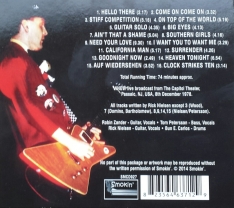