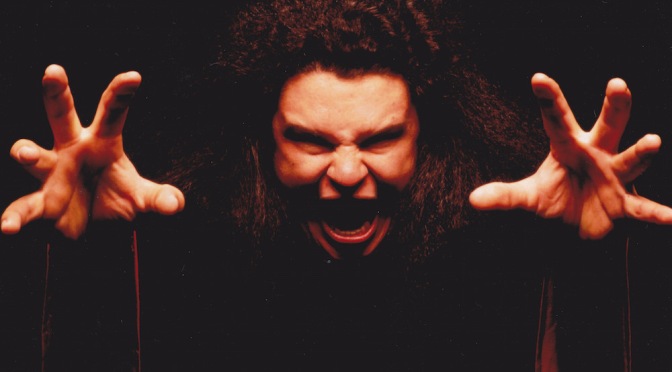 The Dark Are The Veils Of Death 7″ was released in 2017 to celebrate 30 years of Peaceville Records and features two rare working versions of tracks from Candlemass’ classic 1988 album Nightfall. But although Dark Are The Veils Of Death would become one of the band’s greatest tunes, they hadn’t quite nailed it down here. Messiah Marcolin sounds great but seems to be making the lyrics up and throws the song title in at a different spot than it appears in the final version. Also, short-lived guitarist Mike Wead appears, which is historically interesting, but you can also hear why his noodly playing didn’t quite fit the bill in comparison to Lars Johansson’s molten soloing on the album. The B-Side features the funereal instrumental Codex Gigax: decent enough music but pointless as a standalone side of vinyl.

Recorded on a ghetto blaster, it’s lo-fi stuff but it has a blustery power. It’s just odd material for a single as you will rarely listen to this, if at all. And if you’re into Candlemass enough to buy this then you will have bought the later 3CD reissue of Nightfall that included these recordings (and much more). So this single was worth owning for about seven months. Dark are the travails of the music collector. 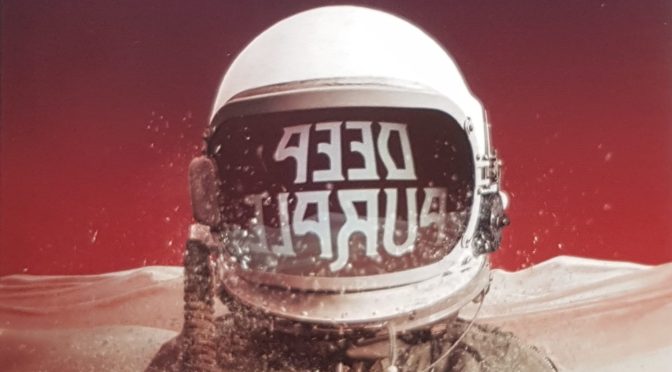 Deep Purple have been a huge part of my musical life. For years I would have said they were my favourite band. But I’ve not been a big fan of their current MkVIII lineup and I’ve been fairly certain that I wasn’t going to even bother with their upcoming album Whoosh! But now I’ve heard their new song Throw My Bones and… just when I thought I was out, they pull me back in. On one hand it’s still MkVIII doing what they do: mild funky rock, smug vamping and Steve Morse’s interchangeable guitar solos. But on the other hand, its joyful, playful feel and catchy chorus has got me wanting to hear more. I’ve been listening to their last album inFinite again and whoosh! I’m looking forward to the new Deep Purple album. 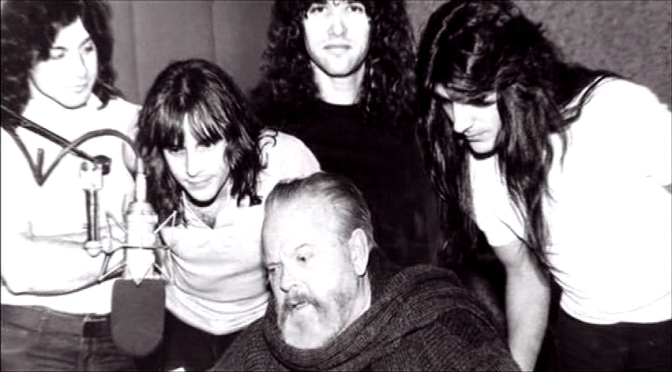 “Father I look up to you”

They were an unknown band at the time but that didn’t stop Manowar from securing the services of screen legend Orson Welles who (clearly recognising that he was in the midst of fellow geniuses) agreed to record narration for their debut album: 1982’s Battle Hymns. His narration was used on that album’s Dark Avenger but in the same session Welles also recorded two more pieces: a cool stage intro (that the band has used ever since) and narration for a strange and glorious second song, Defender.

Mostly spoken word set to music, it’s the kind of thing other bands would have used to flesh out an album. But Manowar are not “other bands” so Defender was released as a non-album single in 1983. Not the kind of stuff to tear up the charts but a great introduction to Manowar’s barbarian muscle metal. Windswept Conan tones in the mellow intro, Welles’ baritone gravitas, that killer “ride like the wind” chorus and goosebumps galore when vocalist Eric Adams finally chips in.

I slightly prefer the more direct, streamlined Fighting The World version from 1987 (which used the same narration but re-recorded and rearranged the rest of the song) but the original has its own appeal. It almost sounds like a metallized take on classic Kansas with Adams’ soaring vocals and Ross The Boss’ bluesier guitar solo. And best of all it has a longer, more epic atmosphere with the “Tree Of Woe” vibe that characterized the band’s early work. It’s a must-hear and a must-have rarity for any Manowar fan. This is the music God has sent. 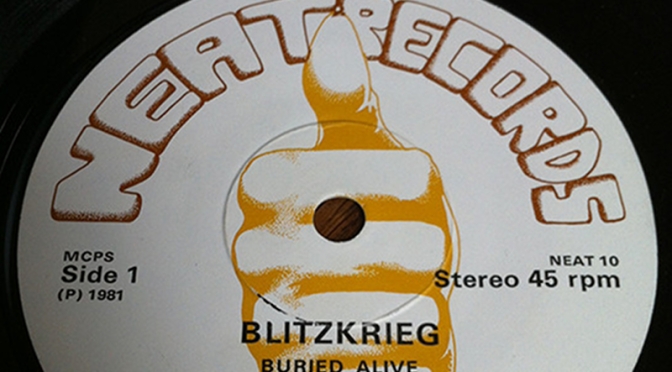 Blitzkrieg only managed to release one official 7″ single before splitting up in late 1981. Otherwise, they had some demos in circulation and a song Inferno on the Lead Weight compilation. Luckily for Blitzkrieg, their solitary release was impressive enough that Metallica ended up covering its eponymous B-side. This bestowed infamy and cult credibility to the defunct band and ensured their return in 1985.

But luck didn’t really have much to do with it cause Blitzkrieg is superb. The unforgettable opening riff might have been purloined from the Focus classic Hocus Pocus but it doesn’t matter because Blitzkrieg conjure up their own metal magic here. The mega-chunk guitars, deadly hooks (“let us have peace, let us have life”) and a dynamic rifferama climax make this mandatory listening. And the less-famous A-side Buried Alive isn’t too shabby either. Stark, driving metal with a piercingly catchy chorus. Just ignore the Bolanesque nonsense lyrics “the Leather Prince, turned to mince”… I can see why Metallica steered clear of that one. 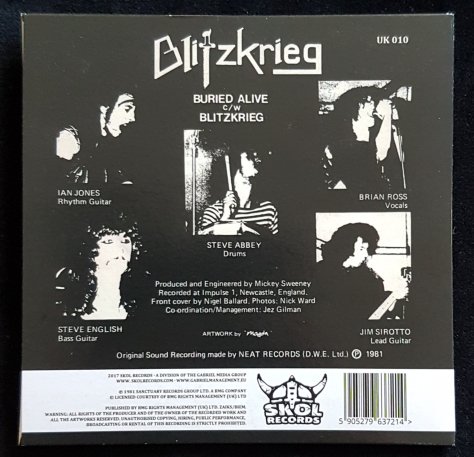 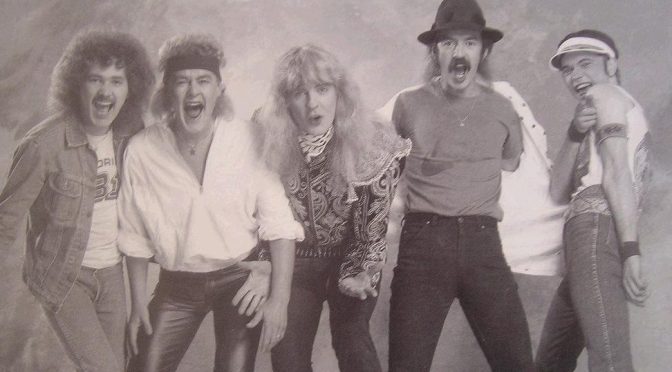 “Blasting chunks of magma into the atmosphere”

Saxon’s Krakatoa is an explosive B-Side from their 1985 single Rock N’ Roll Gypsy. It’s a lively old-school banger very much along the lines of their classic Power And The Glory. Probably a bit too much like it… which might explain why it never made it on to an album. But even if it is Saxon-by-numbers, it’s got more fire and grit than a lot of the stuff that made it on that year’s Innocence Is No Excuse. And if you’re one of those fans that found that album a bit too Def Lep for your liking, this track will be right up your alley. 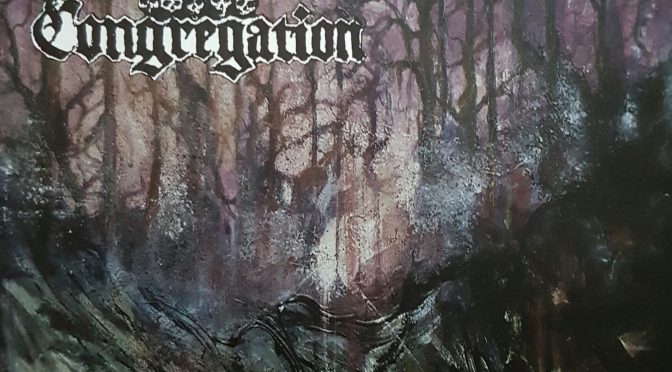 Fans of 2014’s excellent Promulgation of the Fall would have been hoping for more than just two tracks from these Greek death metallers this year but their new EP Sombre Doom satisfies with quality over quantity. Opening with a howling dead wind of feedback, the first track Redemptive Immolation is grave and doom-laden with a thick, dark atmosphere. After the oppressive opener, the up-tempo battering of Wind’s Bane comes as a relief but is still rich in ghostly gloom and haunting guitar. The songs and riffs aren’t the most original but Sombre Doom is all about the vibe and the execution: this reeks of rain, death, evil and graveyards. Proper death metal if you ask me, and one of the best EPs of the year. 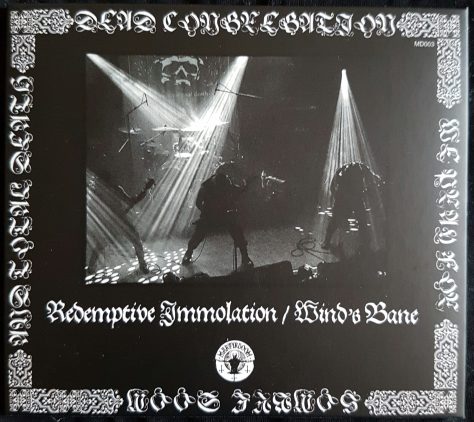 Their self-titled album Avatarium was one of 2013’s surprise delights and one of the strongest debuts of recent years. What I really want is a proper follow-up album but, in the meantime, All I Want will do nicely. With just two new songs and three live recordings, it’s essentially a stop-gap until the next full album. But this 2014 EP is well worth hearing in its own right, offering evidence of their evolving and gelling sound as the band hit a new richness of depth following their first live shows.

Formed by Candlemass’ Leif Edling, Avatarium hadn’t performed any live shows when they recorded their debut album so it’s interesting to hear how they deliver live. Taken from their spot at the Roadburn Festival, the three live tracks are all excellent. It’s especially impressive to hear Jennie-Ann Smith’s vocals in the live setting. She’s an incredible discovery: delicately soulful, ominously powerful and one of the best singers around today. The band ably replicates the studio versions, the crushing Dehumanizer-grade weight of Marcus Jidell’s riffs are just as potent live but the psychedelic side of the music is more apparent as Carl Westholm’s keyboard textures are allowed more room to breathe. And Jidell’s lead guitar is looser, more confident. His outstanding Blackmore-esque solo on Pandora’s Egg draws appreciative cheers and he takes the Tides of Telepathy solo into a Hendrix-inspired section that lifts the song to new classic heights.

But the main event is the two new songs. They continue in the same vein as the debut but the more expansive chemisty, evinced by the live tracks, feeds into both: they sound richer and more colourful than the tracks on Avatarium. All I Want is a groovy rocker, graced with Edling’s seemingly infinite supply of golden hooks and drenched with Hammond organ and a percussive passage right out of Zeppelin. Fittingly, Deep Well is a deeper, darker experience. The swampy vamp and soulful vocals lifts into a chilling chorus. The dread of the thick, heaving chords graced with the subtle, rising power of Wilson’s vocals is monumental in the way only the best Doom can be and one of Avatarium’s greatest triumphs to date. 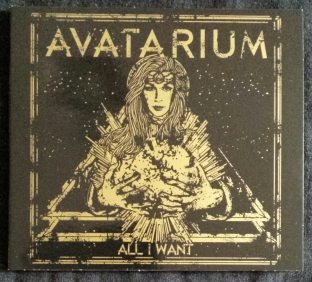 So, while it is a stop-gap release, All I Want is a satisfying and enlightening listen in its own right. Existing fans will welcome the new songs and new flavour the live tracks add to the older material. And given that the new songs rank among the very best the band has yet recorded it serves as a potent introduction for newcomers. The EP deserves to draw new fans into Avatarium’s increasingly deep, dark well.

(Single taken from The Good, the Bad & the Live: (6½ Year Anniversary EP Collection) that I bought back in January 2013)

Can I be honest here and admit one of my main reasons for wanting this was the incredible cover? I love the orange demon dude. He looks so pleased with himself. And so he should! He is adorning the first (if you’re British, anyway) Metallica single!

Jump in the Fire is taken from Metallica’s seminal debut, Kill ‘Em All. It’s one of the more old-school Metal tracks on the debut with its mid-tempo rhythm, bluesy soloing and a sing-along chorus (which always reminds me of Deep Purple’s Space Truckin’). It’s a fun track but not one of the debut’s more promising efforts. Hammett’s soloing and Hetfield’s hoarse vocals sell the song and, thankfully, the band replaced the shagging lyrics from the No Life ‘til Leather demo version with something more orange demon dude friendly. Besides, no-one should have to imagine James Hetfield moving his hips in a circular way. Ever.

Apart from the orange demon dude, the main attraction of this single is its live B-Sides. Unfortunately, these “live” versions of Seek and Destroy and Phantom Lord were actually recorded in a studio. Reverb was added (most audibly on Hetfield’s voice) to replicate the acoustics of a larger venue and crowd noises were added on. I’m sure I can remember reading that the crowd noise was taken from a classic live album but I’m not sure if that’s true or not (answers on a postcard please) but the crowd noise does give the impression that the band had amassed a pretty large following at this early stage in their career!

If you can get over the naïve fakery involved, these lively alternate versions are still well worth hearing. Both of the B-Side tracks are more representative of the band’s early, influential Thrash style than the A-Side. While these versions are missing the breakneck intensity of Metallica’s actual live performances, Cliff Burton’s fabulous bass playing is clear as a bell, Kirk’s soloing is free of bum notes and the performance as a whole is pretty tight. Pleasingly, Hetfield’s voice is starting to sound more like it would on future albums but his exhortations to the imaginary crowd (“let’s go, c’mon”) during Seek and Destroy are embarrassing.

Sans the fakery these are still excellent performances. If they had been radio sessions instead they would have been more appreciated and it’s probably preferable to think of them along those lines. For future releases, Metallica would lose the naiveté… and the orange demon dude.