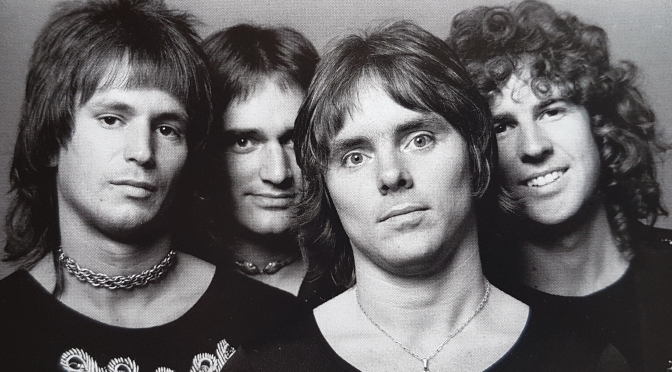 Sammy Hagar has always been a divisive figure, not least for being the interloper who dared replace Dave Lee Roth in Van Halen. But when Hagar supporters find themselves unable to convince anyone of Van Hagar’s merits or the quality of his various other outings, they can always rely on one thing: the 1973 debut album from Montrose. It’s an unassailable classic of 70s man rock and one of the earliest examples of party-hearty American metal. Other 70s hard rockers would enjoy more fame and rewards but Montrose‘s cult influence would be heard everywhere from the clubs of the LA glam scene to the garages of the NWOBHM.

So kudos to Sammy for his charismatic vocals and songwriting contribution (“I gave love a chance and it shit back in my face”). But the real star of the show is the band’s guitarist and founder Ronnie Montrose. His superior playing and hot rod riffing is timeless and, in tandem with producer Ted Templeman, he colours the band’s meat and potatoes simplicity with a deceptively rich range of tones. From the spacey, hard-charging Zep chug of Space Station #5 and the revved up intro to Bad Motor Scooter to the monster-plod bludgeon of Rock Candy, Montrose is a treasure-trove of stealable guitar parts and sounds. The old-timey Good Rocking Tonight and One Thing On My Mind lean towards filler but both are served up with charm and stop the album from getting too po-faced.

Unfortunately, Montrose couldn’t make it last. One more (underrated) album later, Sammy would be fired. And he wouldn’t be involved with anything quite this good again. But it can be 1973 forever. Just take your top off, stick on Montrose and rock the nation.