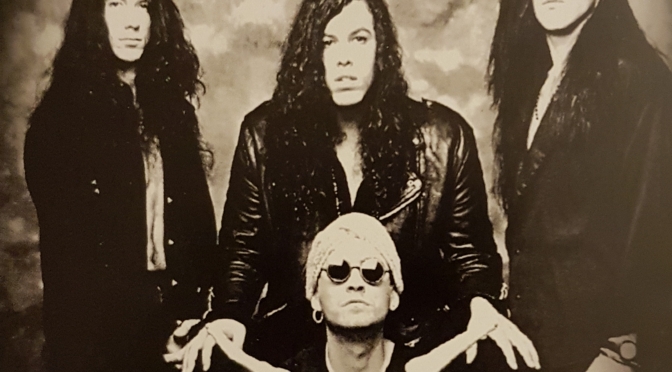 Florida’s Saigon Kick arrived too late for the 80s glam metal party but their 1991 debut album had an eclectic and alternative edge that seemed custom-built for the new decade. The flashy chops and harmonies cast back to the glory days of Ratt, Dokken and the like but colourful shades of Alice In Chains, psychedelia and thrash pointed to the future.

Easy to see why there was a buzz about this band but the eclecticism is a double-edged sword. The variety is impressive and keeps things interesting but also means that for every infectious pop rocker like Colors or moody metaller like New World there’s a cheesy U2-esque Love Of God or the silly cod-angst of What Do You Do. Add banal lyrics to all the style-hopping and the album starts to seem like it’s got little to say.

The hard edge and druggy melody brings to mind contemporaries like Warrior Soul and Enuff Z’nuff but Saigon Kick are inferior to both, with neither Warrior Soul’s incendiary intelligence or Enuff Z’nuff’s depth and taste. There definitely some great stuff here but in an era with a bewildering array of musical flavours on offer, Saigon Kick taste too vanilla.