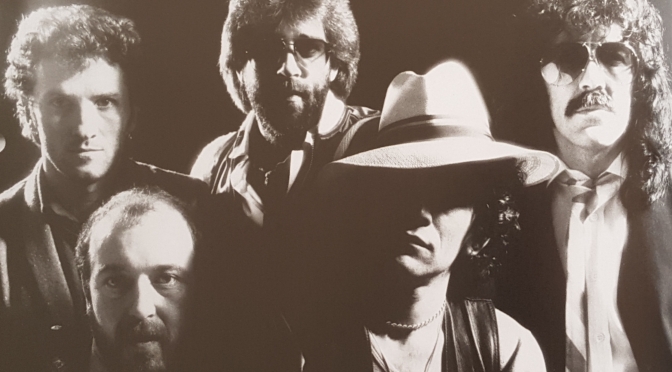 Nazareth made their name with thumping hard rock but were too creative and versatile to stick to a heavy formula for any length of time. The ballsy attack and monster-mascot covers of 1977’s Expect No Mercy and 1979’s No Mean City primed them for the early 80s heavy metal boom. But while Motorhead, Saxon and the like were hammering out their leathery biker anthems, Dunfermline’s finest went soft. They teamed up with producer (and famed Steely Dan/session muso) Jeff ‘Skunk’ Baxter for the sun-kissed adult rock of 1980’s Malice In Wonderland. Flirting with reggae on Big Boy? Getting disco fever on Talkin’ Bout Love? You might question the band’s decision-making, but the end result was one of Nazareth’s most enjoyable albums.

Holiday and Showdown At The Border are tasty Lizzy/UFO-ish rockers with sublime hooks. Heart’s Grown Cold is a beautiful, affecting gospel-tinged ballad and Ship Of Dreams has a West Coast hippy vibe right out of Love’s Forever Changes. Baxter’s production tones down the band’s guitar heft and reduces Fast Cars to a boring plinky-plonk but the album sounds lush and the focus on song allows vocalist Dan McCafferty to shine. And guitar-lovers will enjoy the strong contribution from Zal Cleminson whose playing and writing give the album a witty, eclectic edge that is reminiscent of his work with Alex Harvey. So… no monster mascots here, but this is still killer stuff. An overlooked gem for rock fans that like it classic and classy.