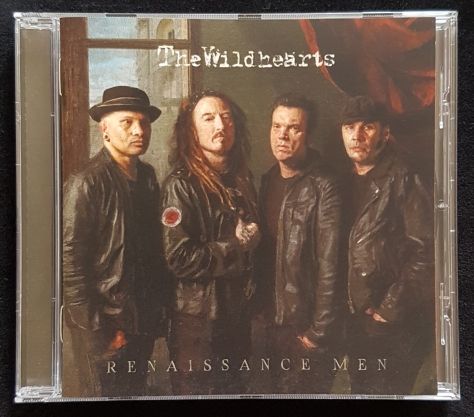 Ten years after their last album, The Wildhearts are back! On new album Renaissance Men (so called because they have came back) the band promises to rock you like a boomerang (a thing that comes back). And, like renaissance men, The Wildhearts are a sophisticated bunch so you get clever puns about comebacks and a wide range of lyrical concerns: online bullying, mental health, wankers, celebrity drug deaths, and coming back. It’s all extremely in-your-face but also a lot of fun too. Everything’s direct and punky so you don’t get the exciting, sprawling riff adventures of older material like Everlone and Rooting For The Bad Guy. But the songs themselves are eclectic and sharp. Dislocated veers from metal blitzkrieg to touchingly vulnerable, Let Em’ Go is a guaranteed drunken singalong and My Side Of The Bed mixes atonal noise with blissful power pop. And the heads-down pace of the album means the by-the-numbers moments like Little Flower and Emergency (Fentanyl Babylon) are short enough to forgive. Especially when mingling with belters like the powerful closer Pilo Erection (stop tittering and google it) and the wonderful, celebratory title track. Feels like a band that’s came back at the right time and for the right reasons and this is an album that’ll keep you coming back for more. Like a boomerang.