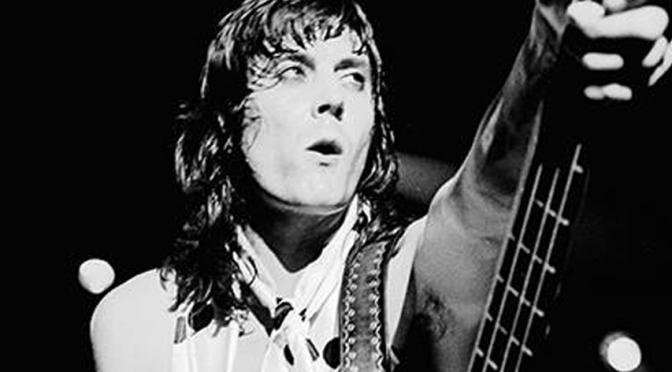 “One of life’s delinquents”

HMO salutes Pete Way who has sadly just passed away aged 69. He’d played in a few different acts and as a solo artist but round these parts he’ll always be the iconic, polka-dotted delinquent in UFO. I’d usually use a post like this to highlight some sort of instrumental prowess but he wasn’t really that kind of player. His main thing was being larger than life. Cool as fuck outfits. Cool as fuck posing. But that’s not to put down his musical abilities. His playing gave UFO’s songs a good kick up the arse and he was a talented writer too. Check out Too Much Of Nothing. It’s a rare example of a UFO tune that was solely written by Way. Taken from their 1975 album Force It, it’s a dirty down-trodden rocker with a carefree lift in its chorus. And there’s a good bit of the Way persona in the lyrics: overdoses, habits, just rolling along. It’s not one of the band’s standout moments but it’s a great deep cut and it holds its own on an album that is stacked to the gills with classics. So there was more to Way than just throwing shapes. But still… there’s a reason I own a Firebird bass. Because Pete Way was cool as fuck.