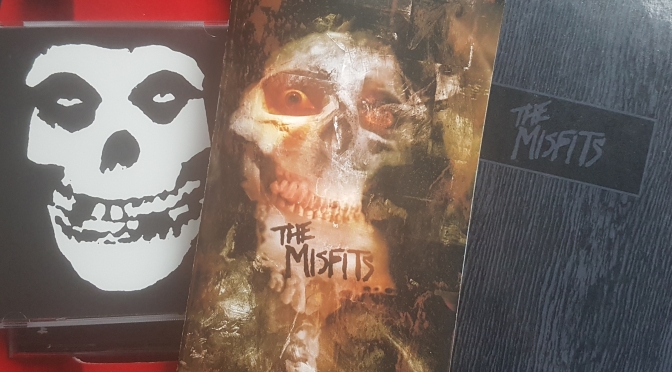 Back when I reviewed The Misfits’ Earth A.D. album you might have noticed the post’s full title was Earth A.D./Wolf’s Blood. The Misfits’ back catalogue is a bit complicated… the album as a whole is usually just referred to as Earth A.D. That’s what it’s called on the band’s official website and also in their box set (which is the copy I have). But when it was originally released on vinyl it was viewed more like two mini albums and each side had a different title. The first side was Earth A.D. which was loosely post-apocalyptic slasher kinda stuff and the second was called Wolf’s Blood and had a lycanthropic theme running through it. Here’s the title track from that side. It’s neither the craziest or the catchiest song on the album. The verses are generally incomprehensible shouting, like a fight outside a pub. But the chorus is more memorable and sounds deliciously ominous and threatening: very much in the vein of Glenn Danzig’s next band Samhain. I doubt you’ll be humming this one after the album’s finished but its lyrics and mood make it a dangerous deep cut that adds to Earth A.D./Wolf’s Blood‘s hellish and violent impact.