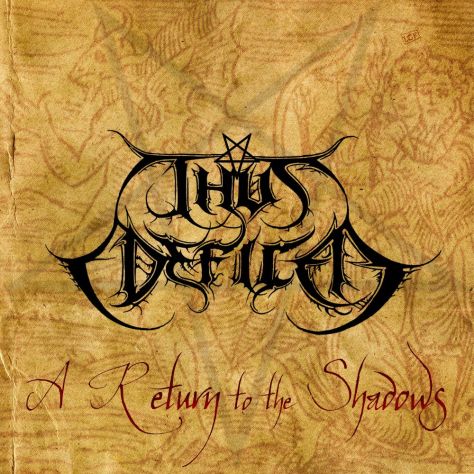 I don’t normally get all that excited about covers EPs (Danzig excepted) but Thus Defiled’s A Return To The Shadows is a total riot. The release marks the UK black metallers’ 25th year in action and sadly, also their last. The quality-over-quantity band hasn’t exactly been prolific during that quarter century so the chance to hear some new recordings is hugely welcome.

The main attraction is the new track Armagedda In Rapture and it’s a scorcher. The impressive production is simultaneously clinical and savage. It’s pure riff destruction with fantastic demonic vocals and it’s easily the best black metal track I’ve heard this year so far. The kind of song that’s so awesome it just makes you laugh the first time you hear it.

The rest of A Return To The Shadows is taken up by cover versions and, interestingly, the band opted to only cover non-black metal material. It turns out to be a great call as the band are able to put their own spin on a batch of songs that less daring souls would consider unfuckwithable. 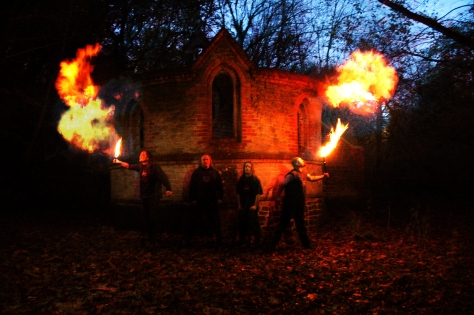 They scythe and scream their way through Death’s Evil Dead and Metallica’s Creeping Death. Impossible to top such classic tracks but they inject so much energy and spark into them that the effect is like hearing the songs for the first time. You can’t ask for more than that.

Next up is a bewitching version of Morbid Angel’s Demon Seed and as an extra bonus they’ve got Morbid Angel/Nocturnus legend Mike Browning adding superb ominous and cultish vocals to another belter of a track. The cover of W.A.S.P’s Hellion that closes is the weakest here, a shade lost under the windy howls of vocalist Paul C, but with repeat listens it starts to make more and more sense. The riffs are undeniable and a black metal band that covers W.A.S.P. deserves instant HMO bonus points.

It’s a brilliant EP. Tons of fun and if it wasn’t digital I’d have probably worn it out by now. Fans of extreme metal should not miss out on this download-only release (available here). All the band ask is that you donate anything you can spare to the Chuck Schuldiner-approved musician’s charity Sweet Relief. It’s a great gesture and, with the band deciding to call it day and slink off into the shadows, a great way for them to close out an impressive career of evil.

19 thoughts on “Thus Defiled – A Return To The Shadows (Review)”