Backed by a band of skilful Swedes (including Mic Michaeli and John Leven of Europe fame) the rehab-ed and rejuvenated “Voice Of Rock” delivered an engaging set of hard and groovy AOR with 1994’s From Now On… The album wasted no time getting Purple fans onboard with the rousing, Hammond-led opener Pickin’ Up The Pieces and the superb blues metal of Lay Your Body Down. But it also pointed the way forward with the moody funk of Walking On The Water, soulful rocker The Liar and the trippy Into The Void. It gets too middle-of-the-road for comfort at points and there’s some dated bloat in the album’s later stages but the closing title-track and a couple of ace Purple covers are worth holding out for. Stronger and more confident from here on in, Glenn would get more adventurous and exciting with subsequent releases. But this album was a strong building block for his comeback and also a great place for new fans to discover his talents. 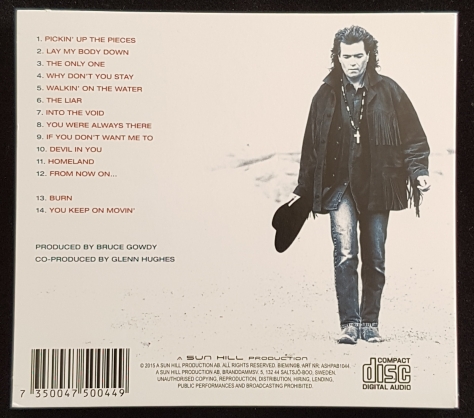