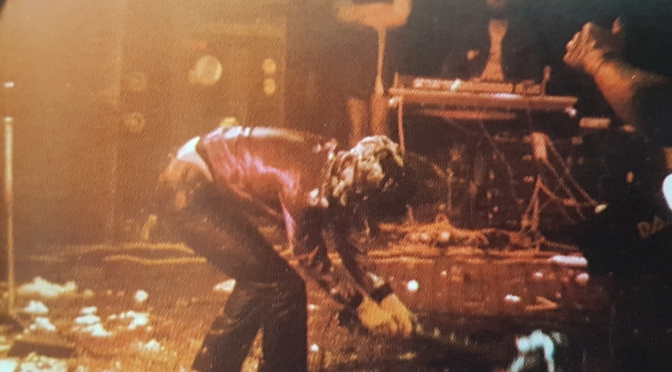 Samson’s 1979 debut was one of the first albums to come from the New Wave Of British Heavy Metal. But the hasty Londoners weren’t quite studio ready yet and Survivors was a half-decent effort at best. Bassist Chris Aylmer and vocalist Bruce Bruce are pictured on the cover but weren’t actually in the band when Survivors was recorded so guitarist Paul Samson handled vocals and Gillan’s John McCoy added some heavy help: playing bass as well as co-writing and producing. And the album is at its strongest when it picks up some of that gonzo Gillan-esque edge. It’s Not As Easy As It Seems, Big Brother, Koz and Six Foot Under are all boisterous highlights. But the rest of the album is dated and forgettable and Samson and McCoy both fall short in their vocal and production roles. Still, for all its faults, it has an ordinary Joe charm that captures the spirit of the emerging movement. Later, with Aylmer and Bruce onboard, Samson would power up and hit the NWOBHM head on. With biceps of steel.