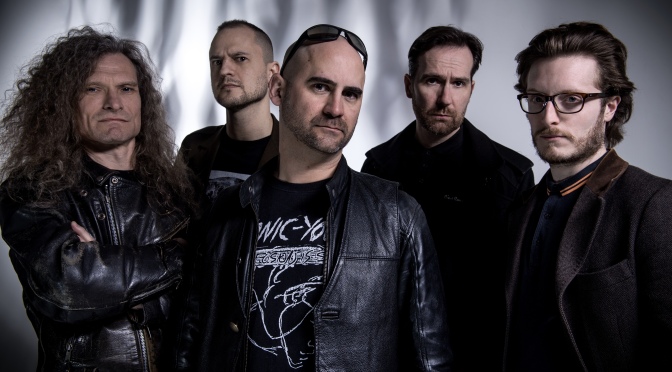 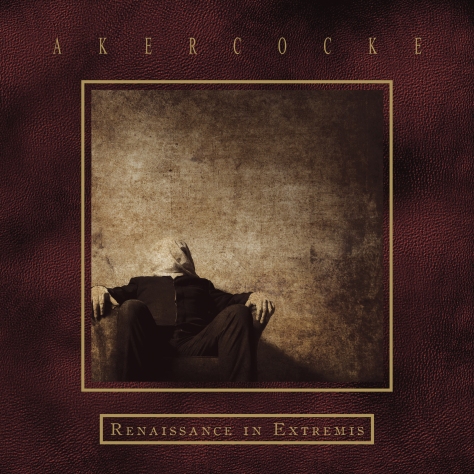 It’s been ten long years since Akercocke’s reign of progressive death metal terror reached a thrilling and diabolical climax with Antichrist. Although the band has lain dormant for much of the intervening decade, a vibrant scene has grown in their wake: superb “ex-Akercocke” bands like Voices, The Antichrist Imperium and Shrines forming a growing family tree that has been the source of much of my favourite music of recent years. But despite my huge love of the related bands, I’ve had a growing longing for an Ak comeback and here they are with their new album Renaissance In Extremis, the most highly-anticipated and exciting release of 2017.

Given that they reached peak Satan-worship on Antichrist, it is unsurprising that the ever-evolving British band has taken up new themes. This is a more personal and emotional Akercocke that combines topics of depression, grief and suicide with rampaging positivity and self-improvement. Complex structures and varied moods evoke the subject matter. The shimmering and colourful guitar textures would make Queensrÿche and Rush proud and it’s all given an energetic kick up the arse with an array of wonderful tech thrash riffing in tracks like Disappear and Insentience. And tracks like Unbound By Sin and First To Leave The Funeral find the band’s black/death malevolence of old is still intact.

The whole band performs with distinction, sounding sophisticated and polished but also raw and live. The riffs and guitar solos are sublime throughout: the guitar duo of Jason Mendonça and Paul Scanlan combine old and new metal styles with wonderful flair. It’s also especially good to hear Mendonça’s uniquely charismatic and varied vocals again. A couple of wobbly-pitched moments only add to the crazed, natural feel and Jason leads from the front like few extreme metal frontmen can.

There’s very little to quibble about here and this is a superb comeback album overflowing with originality and creativity. Progressive in the proper sense of the word, Akercocke have created another unique album to add to their discography. And one that has enough variety and maturity that many fans of classic metal fare may find it a gateway into a more extreme musical world. For those of us that already reside in that world, Akercocke’s Renaissance In Extremis is a joyous and welcome return, wholly deserving of the most diabolical and infernal praise.