Swansong was released in 1996 after Extreme Metal pioneers Carcass had an unlikely stint as a major-label act in the US. With Columbia unwilling to release the album it was given back to the band and their UK indie label Earache to release, by which time the band had already split up (hence the title). The album met with a muted reception. While the diehard Metal underground felt it was too watered-down it was also way too extreme for mainstream acceptance.

This is Carcass’ “Rot n’ Roll” album. The groovy, stripped-down feel of the performance gives the album a Classic Rock vibe but the up-front delivery is defiantly Metallic with speaker-rattling production from Colin Richardson. Meaty and sophisticated guitar riffs are topped with deft, melodic solos and underpinned with a powerful bass sound. Ken Owen’s drumming is sublime and Jeff Walker’s exasperated snarl and nihilistic lyrics offer the album’s most extreme components. In many ways, the qualities Carcass exhibits on Swansong are very similar to those of Megadeth’s 90s output, albeit a Death Metal equivalent.

Opener Keep on Rotting in the Free World’s rumination on the Western economy still sounds relevant and, as the seriously weighty guitars open up into the harmonised chorus riff, it’s a truly exciting way to kick off an album. Tomorrow Belongs to Nobody’s opening riff salvo is just about the best HM riffing you’ll ever hear and the arpeggios of Child’s Play offer the album’s uplifting lighter-waving moment.

However, Swansong suffers from a mid-album lull that it struggles to recover from, largely due to the lack of variation in tempo. The album regains its footing in the second half with Generation Hexed, Firm Hand and the Thin Lizzy-esque R**k the Vote standing out as album highlights.

Although flawed, Swansong’s enthralling blend of power and flair has a strong appeal. The combination of Classic Metal sensibility and grinding delivery make this an ideal starting point for anyone interested in exploring heavier terrain and there is enough depth to reward repeated listens. On the eve of their comeback album Surgical Steel there is no better time to revisit their great underdog album.

[Carcass – Tomorrow Belongs to Nobody]

I discovered KISS in the late 80s. Up until Crazy Nights, they had never made much of a splash in the UK, so without much info on the band or their history I generally just ordered the cassettes that had the coolest titles and, subsequently, Lick it Up was an early acquisition. I didn’t know or care that it was their first album sans make-up so let’s not get into that too much. Suffice to say KISS had been floundering around for a few years, not quite sure what they wanted to do or who they wanted to do it with. A thrilling moment of discovery came with the stunning Creatures of the Night album. KISS were a full-blooded Metal band. Unfortunately, the sales were less than stunning so KISS played their trump card, removing the make-up for publicity and also signifying their new found musical confidence.

Lick it Up is the sound of that confidence. Not quite as dynamic and anthemic as Creatures… but the solid sound of a band that means business. And business was good! Lick it Up became their first album to go Gold in 3 years.

There’s a real sense of danger and threat in these songs. Tracks like Exciter and Million to One cut and thrust with emotively strained and dynamic vocals from HMO man-crush, Paul Stanley. Gene Simmons’ songs mostly rumble and lurch menacingly with little of the Blues/Rock N’ Roll licks he would rely on for the rest of the decade. Gimmie More and Fits Like a Glove are filthy raunch and All Hell’s Breaking Loose and the title track (it’s basically sex music) provide the anthemic relief. Drummer Eric Carr hits hard and reins in the tempo which adds to the muscular vibe but the whole album is tied together by its star player, lead guitarist and songwriter on 8 of the 10 tracks: Vinnie Vincent. Curbing (or forced to curb) his widdlier tendencies, his classy riffs, licks and solos are the most remarkable and creative contributions to the album.

Unfortunately, Vinnie would soon be gone and, although KISS would continue to release superb albums for the rest of the decade, they were never quite this good or this assured again. Lick it Up is not only a strong contender for the greatest KISS album of all-time but a strong contender for my favourite album of all-time. Don’t agree? Well, listen bitch! I’ve got news…

BÖC ended their tenure on Columbia with the ambitious concept album, Imaginos. It’s easily one of BÖC’s heaviest efforts in all senses but there were still enough keyboards, reverbed drums and glassy clean guitars to ensure it fit in with the musical trends of the mid-80s. In typical BÖC fashion, however, they added their own eerie and psychedelic quality to the mix. If you ever have a nightmare about the 80s it could easily sound like this!

The album had a long gestation and is really a combination of two projects. It started out in 1981 as the solo project of fired original member, Albert Bouchard. This project was rejected and later reworked as a Blue Öyster Cult project. Even though some of the original BÖC members were no longer in the band, the convoluted saga of the album’s making meant that all original members appear on it, giving the album the illusion of being a reunion effort. There are also many guest musicians and vocalists as a result of its long gestation.

It’s perhaps surprising, then, that the album sounds so focussed. Del Rio’s Song has hooks to die for and serves as light relief amidst all the mystery and darkness. The Siege and Investiture of Baron Von Frankenstein’s Castle at Wisseria is explosively dramatic with superb guest vocalist Joey Cerisano channeling Chris Cornell. The album’s concept comes from poems written in the 60s by the band’s mentor and manager Sandy Pearlman. These ideas have featured in many songs throughout BÖC albums and some of this older material appears here in reworked form (including an upbeat, galloping take on the classic Astronomy).

Although the production does seem over-produced compared to the sparser sound of their classic albums, the lavish sound does suit the theatrical concept and feels like an updated version of the band’s dark, arcane style to me. The use of lyrics and music from previous eras also creates the sense of this album as the definitive statement of BÖC’s career and mythology. Unfortunately, it turned out to be the band’s worst seller for the label and would be their swansong as a Columbia act. They wouldn’t release another studio album for 10 years. It’s a real shame because this album is creative, bold and uncompromising: a secret treat for anyone wanting to check out overlooked gems from the 80s. 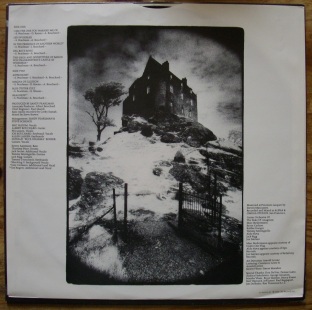 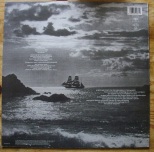 Strangely, for a band renowned for their live show and their tinnitus-inducing black wind of volume, it took a long time for Manowar to release a live album. Released in 1997, the New Yorkers’ long-awaited debut live release Hell On Wheels couldn’t help but feel a bit disappointing.

Selected from multiple dates, the album does a fine job of capturing Manowar’s punishingly loud live sound, with vocalist Eric Adams fighting to be heard amongst the din. It kicks off in powerful style with the iconic Orson Welles intro and the perennial Manowar. Fan faves like Kill With Power follow suit but the ill-conceived grouping of guitar solo, piano interlude and the cheesy ballad Courage kills the momentum too early in the proceedings. The superb Blood Of My Enemies and Hail And Kill put the show back on a triumphant track but Joey DeMaio’s overlong bass solo Black Arrows soon arrives to spoil the fun. With less time-wasting and mighty classics like Thor (The Powerhead) and Battle Hymn, the album’s second half is more enjoyable but there’s too much representation from 1996’s disappointing Louder Than Hell and songs like Return Of The Warlord and Carry On aren’t fit for their climatic positions in the set.

With 15 years of incredible material to draw from Hell On Wheels could and should have been so much better than this. With prudent use of the skip button there’s some great fun to be had but the album is marred by its padding and poor pacing. “Other bands play, Manowar kill” but Manowar’s first live album is poorly executed.

Let us offer praise for this thoroughly entertaining live album from Sammy Hagar and his nifty backing band The Waboritas. 2003’s Live Hallelujah captures Hagar and friends in buoyant form after a run of enjoyable solo albums and, as the title suggests, it has a celebratory feel to it. It is also incredibly loud: ear fatigue guaranteed but it does capture that feeling of being front row in front of some massive fuck off speakers. The older tracks are bristling with the kind of wild 70s style guitar attack that would make The Nuge proud and the Van Hagar-era selections are feelgood bliss with special guest appearances from Gary Cherone and a speaker-rattling Michael Anthony. They’re no slouches on the axe, but Hagar and Vic Johnson pick less flashy Van Hagar tracks that sit comfortably alongside the non-VH tunes. Throw in some sterling newer tunes like Shaka Doobie and Deeper Kind Of Love and you’ve got a party of a set that assimilates a long career cohesively. If your ears can take the remorseless pounding this is great fun and totally evokes the excitement and vibe of a loud, entertaining rock show. Just expect a bit of tinnitus on the way home.

Released in 1987, W.A.S.P’s Live… In The Raw performed the double duty of marking the end of their sex and gore era and also buying the band some valuable time to craft their new, more “serious”, direction. It’s a veritable greatest hits set, rounding up the best songs from the band’s increasingly patchy studio output. Live… In The Raw doesn’t sound particularly live or raw but it’s energetic and captures the excitement of a live show, delivering definitive versions of great songs like Inside The Electric Circus, L.O.V.E Machine, Wild Child and 9.5.-N.A.S.T.Y. And as an added bonus there are three new tracks too: two superb “live” tunes (Harder Faster and The Manimal) and one studio recording Scream Until You Like It that bolster the outrageousness of the whole thing. The omission of the controversial (Animal) Fuck Like A Beast feels like pulled punch but there’s too much fun to be had here for it to matter much. W.A.S.P. put out some great stuff once they got all clever but my favourite W.A.S.P. is still dumb W.A.S.P. And Live… In The Raw is dumb W.A.S.P. in their prime. And it’s seriously good fun.